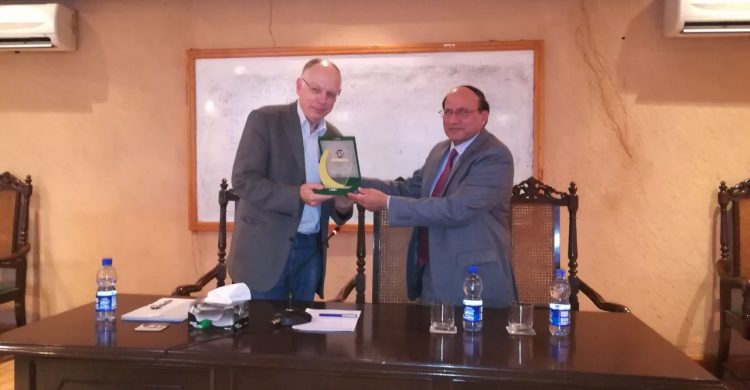 Renowned German scholar Dr. Christian Wagner spoke at the DSS Department on the topic of Terrorism in South Asia, on May 4th ‘18. During his presentation

Highlighting the conceptual challenges associated with defining the concept of terrorism, he brought out two aspects, firstly that there does not exist a consensus with regards the definition of the concerned concept, from the regional to the international, thereby reaching a common ground very difficult. Secondly, the definition depends on the dominant discourse, as today

’s heroes can be terrorists tomorrow and vice versa, citing the example of Nelson Mandela.  He further drew a detailed profile of the various streaks of militancy and armed conflict inflicting all the member states of the region, whether ethnic, sectarian, political, and right or left wing or secessionist in nature. Analyzing the state responses to these individual developments, Dr. Wagner cited successful examples from within the region that have helped economic uplift of marginalized communities and helped resolve resource based conflicts. However, 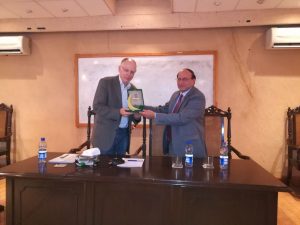 the same may not be helpful in terms of religious conflicts, as there is very little negotiable space. He ended the talk by reviewing various options implemented and possible for enhancing regional cooperation to treat the menace. The talk concluded over a wide range of questions and discussion from the audience comprising of students and faculty.