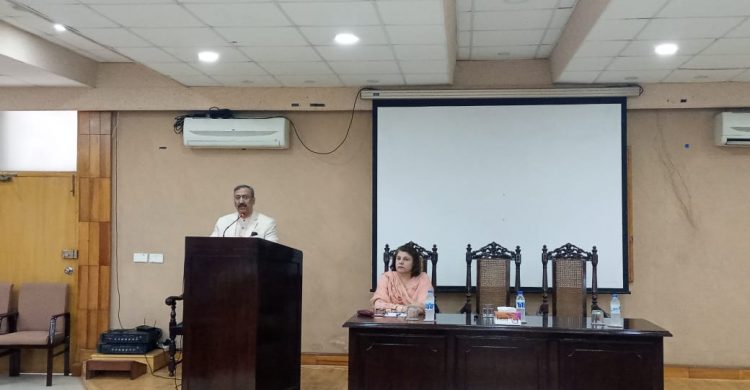 During the intense Q& A session, question such as India’s seven sister states across the Shilligori Corridor are quite vulnerable to secession. Could Pakistan capitalize such vulnerability and launch Hybrid warfare in India? R2P (Responsibility to Protect) is an initiative under the banner of UN. Can Pakistan initiate such initiative to protect the rights of Kashmiri people? As well as the notion of Russia and / or China as the rising Super powers and impact on Afghan stability were raised. The session ended with a group photograph and a vote of thanks from Dr Shabana Fayyaz, DSS department In Charge.