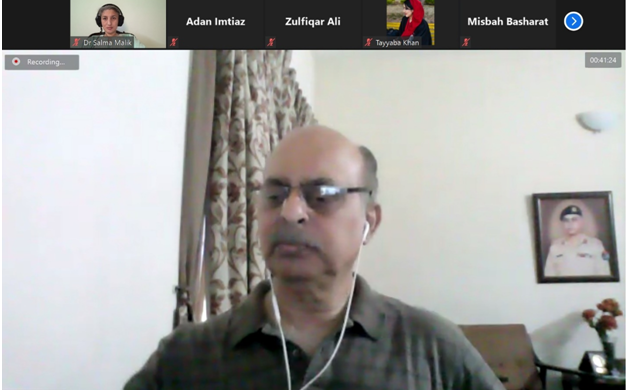 The speaker initiated the topic by first dwelling on the basic concepts of nuclear technology, the difficulties in availing and accessing this technology, as qualified research and technical teams and knowledge specialization is required, which a country such as Pakistan initially lacked. The Genesis of South Asia nuclear program started with the nuclear program of India. The father of the Indian nuclear program, Dr Homi J. Bhabha, upon his return to India, started to work on establishing an indigenous crop of scientists. According to the speaker, India’s nuclear programme was not based on the response to China’s 1964 nuclear test as the former had initiated its nuclear program in 1944. Watershed movement became the part of history of the South Asian region, 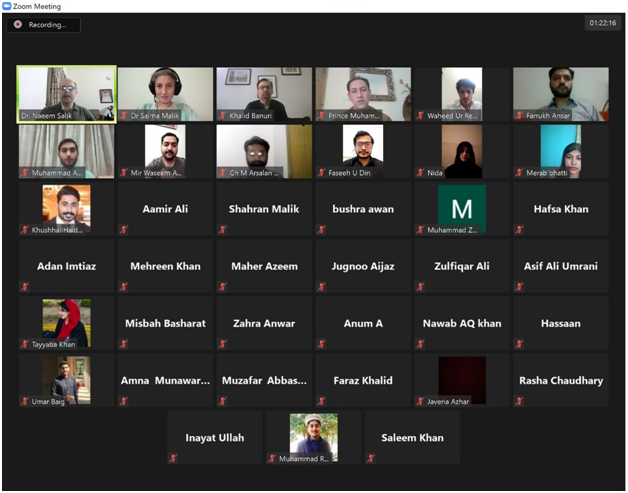 when India successfully tested in March 1974 under the umbrella of peaceful nuclear atomic test. But, later, it was denied by a leading scientist Raja Ramana, that this nuclear atomic test was not conducted for peaceful purposes. Till the 1998 tests, India quietly worked on developing delivery systems and its space programme.

Pakistan’s nuclear technology was in response to India. Brig Salik explained in detail the establishment, political compulsions, security reasons and circumstances that compelled Pakistan to seek the route. He further discussed in detail the delivery systems and doctrinal aspects and challenges to South Asian nuclearization in these twenty plus years. The session was followed by an engaging question and answer session.