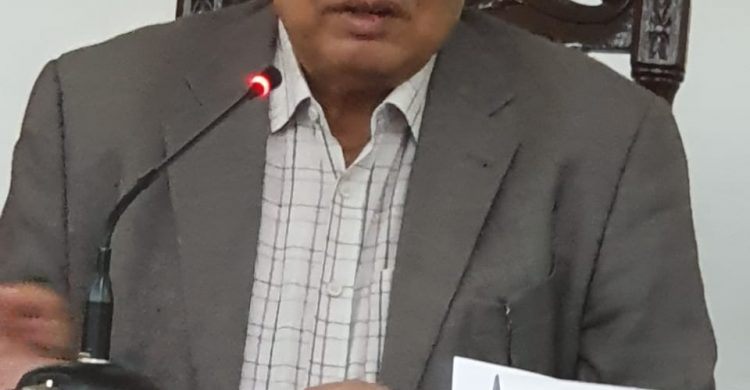 The DSS Department on October 8th, 2019 hosted Ambassador Retd. Riaz Muhammad Khan, Former Foreign Secretary and a distinguished scholar for a talk on Afghanistan and Role of External Actors – Future Outlook. Secretary Khan, who is also an author of several books, and has served in important capitals such as Beijing and Asian Central Republics, initiated 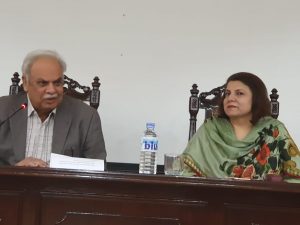 his lecture by dwelling on the events that led to the occurrence of the Afghan coup in the decade of 1970s. The Soviet action, was perceived as an attempt to seek the Warm waters of the Indian Ocean, a perception nurtured and exploited by Washington, which created genuine alarm in neighboring Pakistan. According to the speaker, there was no such intent on the Soviet part, and it intensified the misperceptions between Islamabad and Moscow, which in any case shared troubled relations. He also examined at great length, the developments during and after the Soviet occupation, how they impacted the triadal relations between Pakistan, Afghanistan and Soviet Union/ Russian federation, and their effects are still visible in the policies pursued today.

Responding to the questions from the audience, he highlighted the errors in US Policy past and present, the opportunities missed by Pakistan for positive engagement and seeking a larger role in global politics post cold war as well as what possible scenario can develop in Afghanistan. The session ended over presentation of departmental shield to the distinguished speaker and a vote of thanks by the Incharge DS Department, Dr Shabana Fayyaz.