Seminar on “Islamophobia: A political Dividend in India” Organised by Department of Defence & Strategic Studies 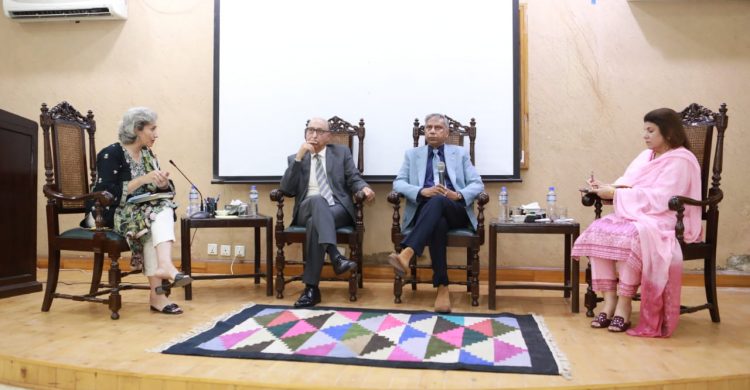 Seminar on “Islamophobia: A political Dividend in India” Organised by Department of Defence & Strategic Studies

The department of Defence and Strategic Studies at Quaid-i-Azam University, Islamabad organized a one-day seminar on “Islamophobia: A Political Dividend in India” today. The 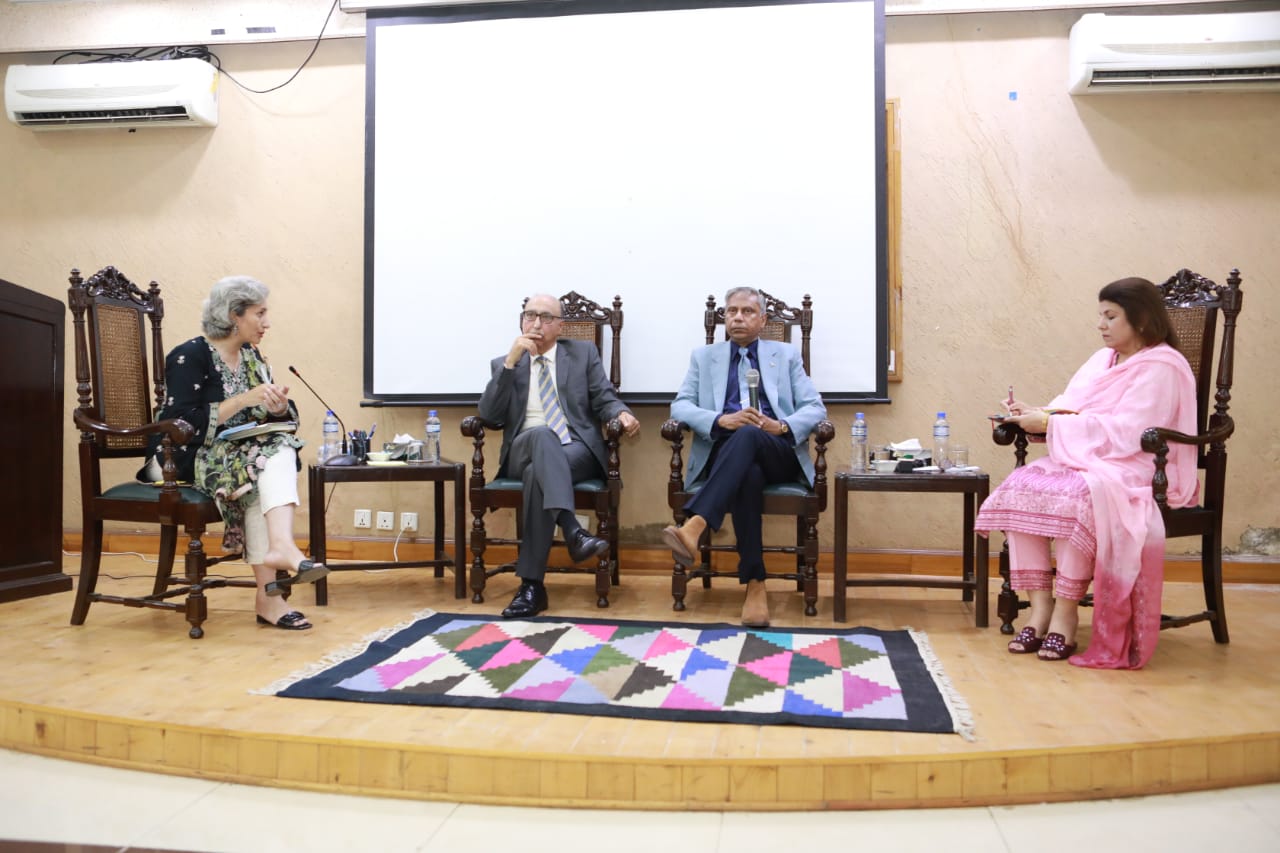 seminar was moderated by Dr Salma Malik, Assistant Professor, QAU; and thespeakers included Ambassador Abdul Basit, former High Commissioner to India; Group Captain S M Hali, Sitara-i- Imtiaz; Dr Shabana Fayyaz, Chairperson of Defense and Strategic Studies Department, QAU.
Dr Salma Malik in her introductory remark underlined the efforts made by the Ministry of Foreign Affairs, Pakistan in sensitizing the world about Islamophobia. She added that these efforts have continued during the tenure of PM Imran Khan. The strategy ultimately bore fruit as the UN has now recognised an International Day to Combat Islamophobia.
Ambassador Abdul Basit delved back into the genesis of RSS. He remarked that this ‘saffron brigade’ is rooted in the works of Sarvarkar, the pioneer of Hindutva ideology. He further added that this extreme nationalism is not only about territorial expansion but also about the creation of a Holy Land (amalgamating minorities into the Hindu culture). Ironically, this rabid nationalism is increasing the legitimacy of Bhartiya Janta Party (BJP). Modi who is 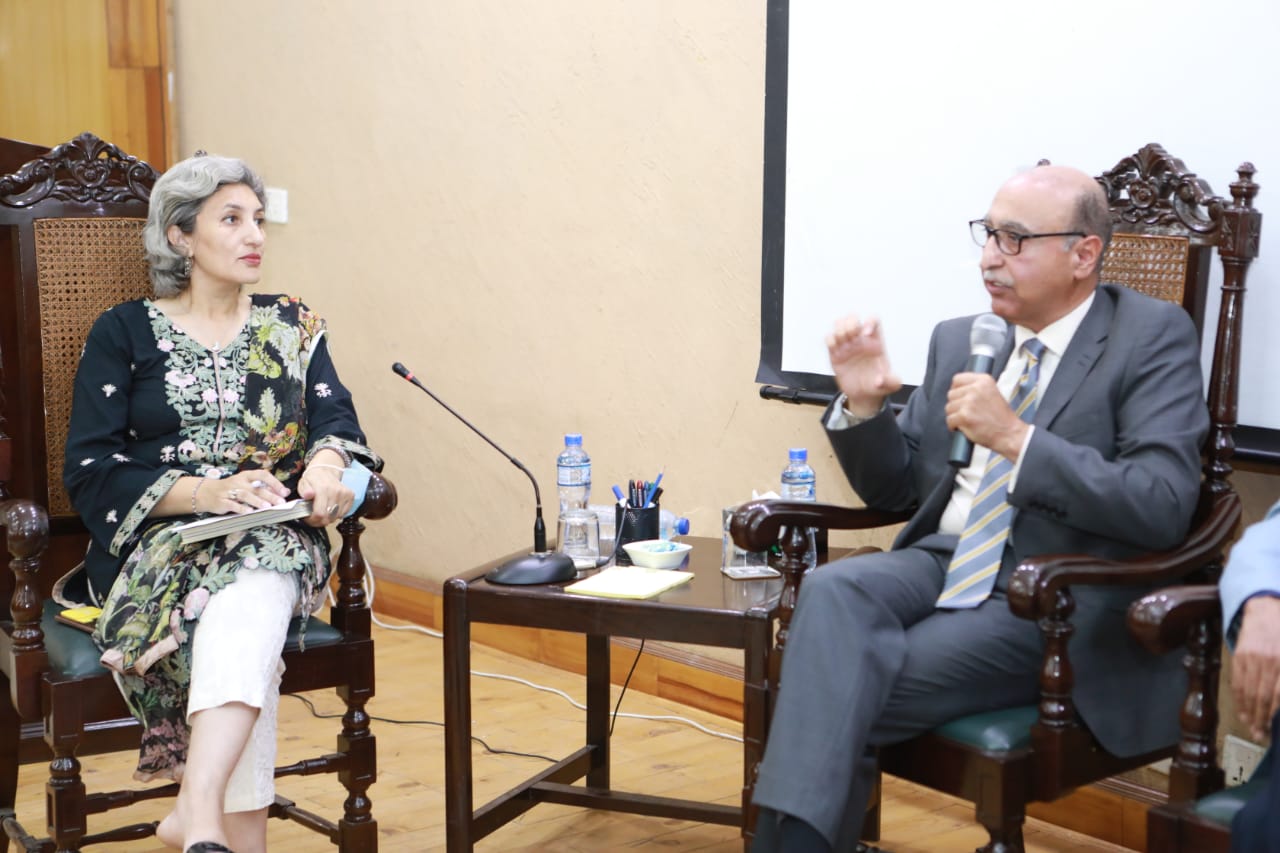 associated with RSS since childhood has mastered the art of voting politics by spreading the anti-muslim rhetoric. There is a conscious effort to convert the Muslim nation into a minority through efforts including the citizenship act, the “Ghar Wapsi” Program aims the conversion of Muslims into Hindus; hustling with history and changing the name of roads associated with the names of Mughals. Now it has become a part of statecraft-hood and would continue under the BJP regime.
S M Hali narrated that Islamophobia is not a new phenomenon but it has its traces in the history of the subcontinent. By elaborating on the historical incidents, he showed how it is transferred from generation to generation and how severe the animosity would be in the coming generation which would be destructive. During the British era, the young boys were given training as cadets in an academy run by the Hemani, niece of the founder of Hindutva and through the training; it was inculcated in their minds that Muslims were their real enemy and must be subjugated. The surgical strikes in the guise of the Uri attack in 2016, the Balakot strike in 2019 and the recent Missile incident; all are stemming from the ultra nationalistic tendencies.
Dr. Shabana Fayyaz emphasized on an important aspect that because there is something wrong with the very psyche of the Hindutva adherents, it is going to erode the integrity of the state of India. She argued that religion or a culture in itself is not an evil force but when it’s used to suppress a minority, it gradually gets a bad reputation. To illustrate, she said that the imposition of learning and writing Sanskrit on Muslim children at schools before partition sparked a feeling of hatred towards the language in Muslim communities. 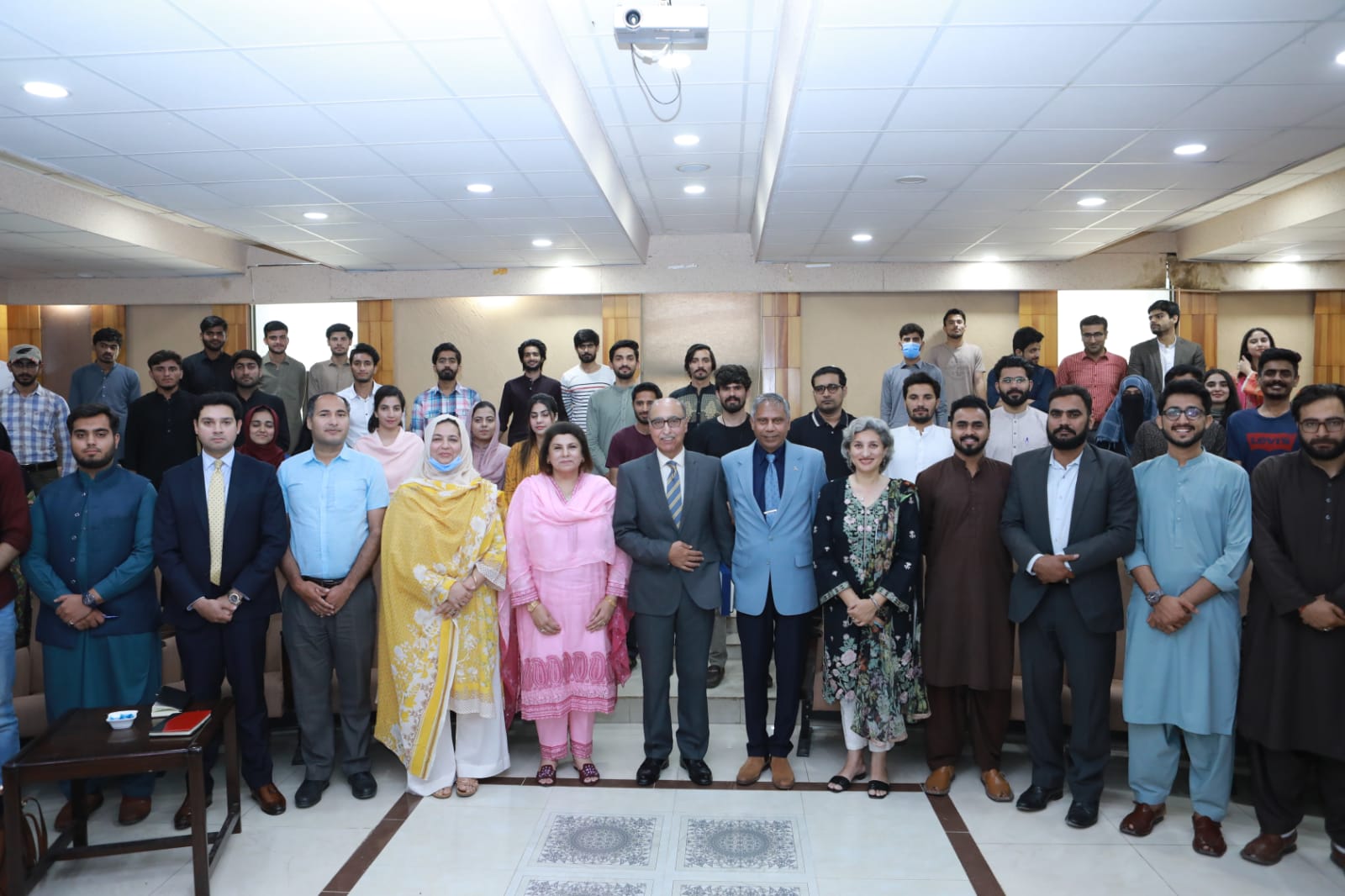 Moreover, she drew an important parallel between Modi’s India and Hitler’s Germany. In the past, Hitler glorified his policy of Lebensraum (living space). Now, modern India has embarked on this journey of quest for race and space. The result is the subjugation of Muslims in India. Lastly, she emphasized that it is the duty of young minds and researchers to educate them on the history of the subcontinent written by indigenous authors.
The Q/A session included questions ranging from the Gujrat massacre and the recent missile crisis to religious intolerance and trade relations between India and Pakistan. Overall, the session was a highly enriching experience with valuable addition to the knowledge of students and academia with regard to Islamophobia.